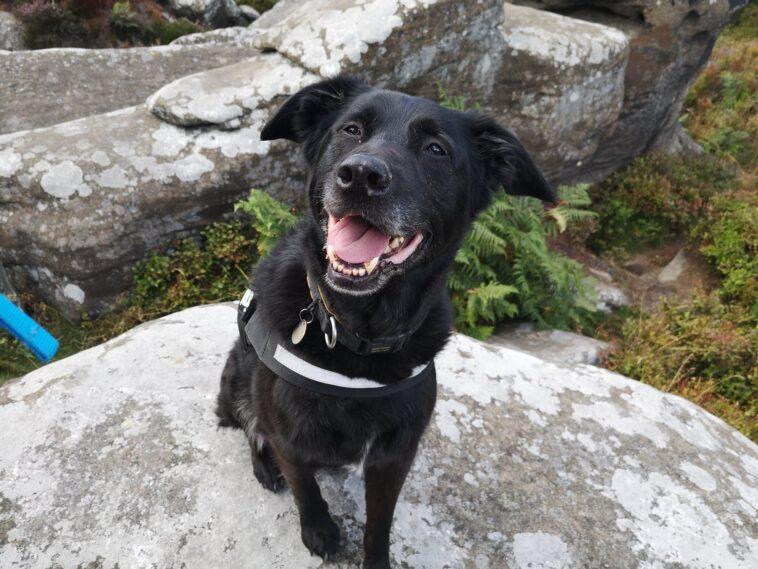 This years summer holiday was to ‘Gods own county’, Yorkshire. I have some advantage of knowing where to go and what to do here as this is where I grew up, and one of the main reasons I love the outdoors as much as I do. From the spectacular coastline to mountains and moorland, Yorkshire has something for everyone, especially if you love nature.

This summer we (Duncan, Johnson and myself) stayed in North Yorkshire between Beamsley and Nesfield. Prime cycling country, which I took advantage off later in the holiday. With so much space for Johnson and even a river for swimming (who said border collies won’t swim?!) we love to make sure our holidays are as much fun for him as they are for us. (Yes, I’m one of THOSE dog owners).

After about a 2 and a half-hour drive, we got to the cottage late afternoon and met my Grandma. I helped her with her horses she keeps nearby and we had a good cup of tea and biscuits. That evening we discovered the poshest supermarket known to man – Booths.

I have a feeling this is just a posh northern supermarket as I have never seen one anywhere else. Think Waitrose, but even more expensive. However, they did the most wonderful pre-made puddings, and if you ever go to one, you MUST buy the banoffee pie and lemon tart. (a quick google shows they are mainly in Lancashire – probably why I have never seen one, as I’m from Yorkshire……)

The second day we took a trip to Brimham Rocks with my family (AND MURPHY), a place I had never been before. After parking in the ridiculously expensive car park (it is a national trust landscape), we walked up the road to discover a truly alien landscape. The towering rocks (with individual names which are fun to guess!) made of milstone grit were such odd formations sculpted by wind, rain and glaciers. I couldn’t believe I had never been here before; it was absolutely stunning. Super dog friendly (most national trust places are not), with a good walk around the rocks and the moorland surrounding them. A nature and photography lovers dream.

The third day, I left Duncan and Johnson to enjoy some time to themselves and decided to do a cycle put on by Yorkshire Velo Tours – an organised ride with a support van. We met in Ilkley and cycled through Bolton Abbey to Malham. Going up and over Malham Cove was one of the most fun but tough climbs I have done in years. The ‘If you don’t climb the mountain you can’t see the view’ quote came to mind throughout this ride, and the views were something else. The undulating moorland interspersed with mountains (yes official mountains!), makes for a dramatic landscape, and nothing is better than fighting up a climb to drink in this beautiful scenery.

After Malham we cycled to Settle and had lunch (jacket potato beans and cheeses) in Feizor – a little village way off the beaten track. After lunch we headed back around and down to Ilkley through to Halton Gill taking in views of Pen-Y-Ghent. The descents were a mixture of fast and steep and fast and undulating and fast (can you tell there isn’t much descending practice where I live?!), and I found myself laughing out loud at how fun some of them were. Despite being by far the slowest downhill (I’m a bit of a nervous nelly when it come to bike control and descending), I had enormous fun, and was kept company by the wonderful ride leader, Charles. As I trundled through the last few of the 78 miles (my legs had given up a little) I thought about how thankful I am that I can do things like this. Exercise really is a privilege.

The next day we did the usual trip to Bolton Abbey we do when we stay nearby. If you are on the correct side of the River Wharfe then do follow the Dales way down and into Bolton Abbey. If you are driving, parking is £10 a car. Bolton Abbey itself is free to enter and you can go right up into the Abbey, which is one of the first things you see.

The area around the abbey is a nature-geeks paradise, including a ‘Site of Special Scientific Interest’ (SSSI) it is home to rare plants and animals, with the welfare of nature at heart. Unfortunately, this does mean that dogs need to be kept on a lead through Strid Wood (but also for health and safety, as notoriously ‘The Strid’ has claimed lives in the past, so you don’t want your dog accidentally falling in).

It’s a magnificent place and very well looked after, and does have some areas you can let your dog off – Johnson loves playing fetch into the river near the stepping stones which are opposite the Abbey! If you’re brave enough, definitely give these a go. One thing to note is that the area around Bolton Abbey is not so dog friendly, as we wanted to go up Simons Seat and to The valley of Desolation – two famous landmarks, but they don’t allow dogs across that part of the land, which was very disappointing.

If you’re looking for a TRULY dog friendly day out, then this might not be for you, but I do enjoy it whenever I go with my pooch.

On the last full day (after a wonderful early lunch with my Grandparents), we headed to my childhood favourite – Malham Cove. This is the area where I fell in love with nature and the outdoors as a child, and returning as an adult it isn’t hard to see why. The dramatic landscape created by glaciers has been weather-worn to create the spectacular cove, limestone pavements as well as Gordale Scar (as cool as it sounds) and Janets Foss (a beautiful waterfall and woodland area) further down the circular walk.

You can walk right up to the Cove, and there we saw people rock climbing the immense cliff! I also know that underneath the cove is a series of intricate caves where you can go pot-holing (always go under supervision – you can’t get into them without the key to the grill covering the entrance anyway).

We took the classic walk, which takes you up and over the cove, and down to Janets Foss, where you can also visit Gordale Scar. You can’t let your dog off on the cove as there are lots of sheep (I would also be worried about the health and safety aspect of a dog lose on the cove as it’s so uneven with no fence to stop them falling off the edge).

It feels a lot more dog friendly than Bolton Abbey though, and coming back into Malham after Janets Foss, I found the fields had no livestock in so Johnson could have a good run around. After reaching the summit of the cove, with me lecturing poor Duncan on ‘clints and grykes’ and the geology of the landscape we headed down to Janets Foss, which is aptly named after the Queen of the Fairies – it does feel magical.

We then followed the path back into Malham through meadows kept specially for making hay, and decided to try and walk across the fjord back to the car park (only about £4 for the day) – Duncan and Johnson successfully dry, me not so successful….. (although I have neglected to mention that it absolutely chucked it down pretty much the whole day, so it didn’t make too much difference……)

The next day, on the way back to Loughborough we stopped off to see my friend Jess and her new puppy, Eddie. We went up and over Baildon Moor which was very dog friendly, and at the top, there was a wonderful view where you could look across at Shipley, Keighley and Ilkley.  We went for lunch at The Malt Shovel in Baildon which allowed dogs and was very reasonably priced. A great end to a great trip.

As always, Yorkshire – it’s ‘see you later’ not ‘goodbye’.

Have you and your pooch taken a little summer holiday break? We would love to hear about your adventures in the comments below. 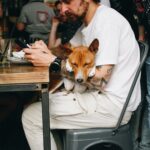 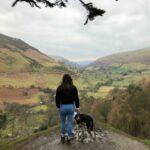