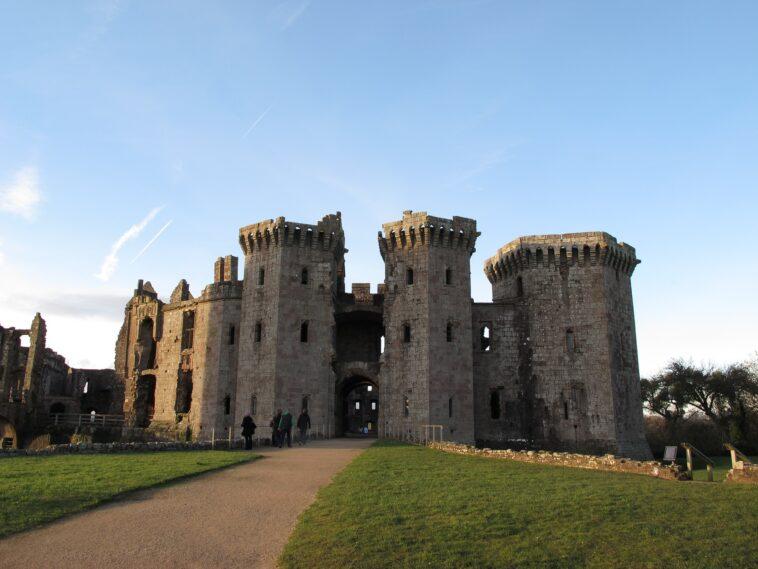 Hiya, I’m Piper! I’m a one year old, playful cockapoo pup from Wales. Me and my Mum are always visiting dog friendly places, hopefully we can inspire you and your pooch to do the same.

This week me and my Mum went to visit dog friendly Raglan Castle. We had plenty of fun, check out my story below.

Saturdays were made for adventures

Saturday started the same as most others. I woke my humum up, chased intruder cats from my garden, licked Hugo and Willow (our cats) to say good morning, tried eating their food till humum told me off and we packed up a bag for an adventure!

Now, you may recall me mentioning previously, but I do wish my humum would check adventure locations with me- but “humans know best” and all that fox poop! So off we set, my humum driving and me riding shotgun!

Once again my humum ignored the annoying voiced sat nav and we ended up doing a million point turn in a country lane. We finally arrived at the spot and hopped out of the car!

My humum told me this was going to be a long adventure and that she had plenty of goodies to keep us going. Off we set down the pathway, my humum had attempted to read the map at the entrance, but as the sat nav incidents taught us maps aren’t her strong suit!

I lead the way, as it was clear she didn’t have a clue. There was a flowing river, trees, fresh air, space to run and ….. A MONSTER!?!? This big black monster was stood in front of me! I almost ran into her! She chewed on the grass and blocked my path, I could sense my humum was panicking so I reassured her with a quick soft bark and I leaped into her arms so that she would feel safe (as obviously I wasn’t scared of this huge black demon staring me down).

My humum said something about cows and it’s okay, I think she was reassuring herself more than me, but we managed to get past the strange creature I had never seen before and I was free to roam once more!

Further along the path, we came to a fallen tree. I elegantly slid over and under the branches to the other side. Humum stumbled and fumbled her way across, she didn’t seem as enthusiastic about the additions to our adventure day!

As we walked we also came across a cornfield, I ran into the corn to explore! Humum called me back, but everywhere looked the same! I ran around trying to figure how to get out, just when I thought all hope was lost and I was to become a pup of the cornfield, I saw my humum’s muddy shoes and heard our special whistle she does for me! Upon my return, I was righty greeted with a pat and some treats from humum. Onwards we go!

Castle fit for a CokaPrincess

By the time we got to the castle humum was huffing and puffing and looking a right state! I was a little wet around the edges, but working the look! We spoke to a lovely fellow at the castle gates who told humum some bits about Raglan Castle and we were in!! We’d made it to our destination!

I walked up the draw bridge to the castle grounds and I knew, this was the kinda life a pooch like me should live! Huge space to play, no doubt endless supplies of chicken and pawsecco.

As I wandered the castle ruins I imagined what it must have been like, the dogs of the castle must have had a great life! Moats to play in, acres to explore, squirrels and birds to chase daily!

I sat on a throne, fit for a doggy queen like me. I went to the highest peak of the castle and admired the view (also was on squirrel patrol- the area was clear). I ran around the grounds and went underground.

There was so much to see and do and each area had a sign my humum could read- unfortunately they didn’t have any doggy guides to give me details and I wasn’t allowed to swim in the moat. But aside from that and the shambles my humum made of our walk there, I had a great day!

I would love to tell you more about Raglan Castle, but I need to doodle dash as I think I just heard humum mention the word bath…..

Let us know in the comments below, or tag us in your castle canine pics @dogfuriendly. 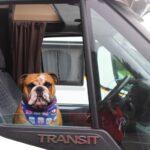 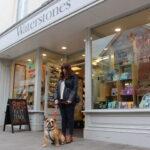