Previous Next
dog at the train station. Traveling with the pet, adventure

Have you ever dreamed of taking your beloved furry family member on an adventure via train? Well, you can, trains across the UK openly welcome and allow dogs to travel on the train with their owners. Whether you’re heading to the beach for a day trip or visiting family in another city, you can now bring your furry pal along with you. There are some restrictions to consider before you board, but overall it’s a great way to bring your pooch along for the ride.

In February 2016, the UK relaxed its rules on allowing dogs to accompany their owners on trains, which made it possible for almost anyone with a dog to travel with them, provided they follow a few safety guidelines. The new rules came in response to the success of a pilot program run by ScotRail who operates the majority of trains in Scotland.

Dogs can now travel with you on the majority of train-lines across the UK in England, Scotland, Wales and Ireland – and no ticket for your dog is required.

Can dogs travel on trains with you?

Yes. There are some important guidelines to keep in mind before you board. Your dog must be under your control at all times and must be kept on a lead at all times while on the train. Most train-lines also have restrictions on the number of dogs that can travel with you (usually 2 per person).

Your dog cannot occupy a seat on the train. If you have a small dog that is unable to stand for the duration of the journey, you can have your dog travel in a pet carrier instead. If possible, it’s a good idea to avoid taking your dog on the train during any rush hour.

Keep your dog in control

By law, all dog owners must always keep their dog under control. Prior to taking a train, it is important to ensure that your dog is well trained, and will not cause any disturbance, such as excessive barking or aggression towards other passengers.

While some dogs are used to travelling on trains, most will experience some level of stress on a train such as being trapped inside a small space, riding without a window in sight, and being bumped around by other passengers. If your dog is not used to travelling on trains, you may want to start with smaller journeys first, especially if you’re planning on taking them on a long journey.

What places can I visit via train?

London: The capital of the UK, London is a city that is rich in history and culture. From the iconic Big Ben and Tower of London to the trendy neighborhoods of Shoreditch and Camden, London has something for everyone. Take a train to London and you’ll be able to see some of the city’s most famous landmarks, such as Buckingham Palace and dog friendly attraction, Tower of London!

Edinburgh: The capital of Scotland, Edinburgh is a city that is steeped in history and culture. Take a train to Edinburgh and you’ll be able to explore the city’s medieval Old Town and Georgian New Town, both of which are UNESCO World Heritage sites. Be sure to capture a photo of Greyfriars Bobby.

York: Known for its well-preserved medieval architecture, York is a city that is rich in history. Take a train to York and you’ll be able to explore the city’s ancient walls, which date back to Roman times, as well as its many churches, museums and shops. Be sure to swing by the York Minster, one of the largest Gothic cathedrals in Northern Europe.

Bath: A UNESCO World Heritage site, Bath is a Georgian city that is famous for its Roman-style baths. Take a train to Bath and you’ll be able to explore the city’s historic streets, as well as its many museums, shops and restaurants. Be sure to swing by the Royal Crescent, a row of elegant Georgian houses that is considered one of the finest examples of 18th-century architecture in the UK.

Oxford: Known for its world-famous university, Oxford is a city that is steeped in history and culture. Take a train to Oxford and you’ll be able to explore the city’s many University parks. These beautiful green spaces are ideal for walkies. Featuring wide open spaces, gardens and a lake.

Final words: Is taking your dog on the train worth it?

Yes, it’s worth it. Whether you’re travelling between major cities or just heading on a holiday. And since most trains in the UK are fairly quiet, they’re a great option for training and socialising too. If you’ve been dreaming of taking your pup on a train ride, don’t wait any longer. Your dog will love it, and you’ll love spending time together.

ShareTweet
SubscribePinterest
(function() { window.mc4wp = window.mc4wp || { listeners: [], forms: { on: function(evt, cb) { window.mc4wp.listeners.push( { event : evt, callback: cb } ); } } } })(); Sign up to our mailing list!
Email address I would love to receive emails from Dog Furiendly and Houndy.
Leave this field empty if you're human: We use Mailchimp as our marketing automation platform. By Clicking above to submit this form, you agree that Dog Furiendly and Houndy can send you promotional emails in accordance with Dog Furiendly's Privacy Policy and acknowledge that the information you provide will be transferred to Mailchimp for processing in accordance with Mailchimp's Privacy Policy and Terms.
Advertising 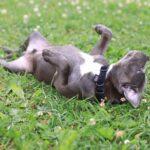 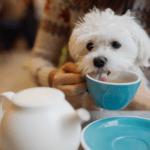