Day of the Dead (Día de los Muertos) is a day of celebration, it is colourful and full of joy to show love and respect for deceased family members and celebrate life.

Dogs are an important part of the historical ‘Day of the Dead’(Día de los Muertos) celebrations. They have been since ancient civilisations. This religious festival which is an important part of Mexican culture. It was formed in both Aztec and Maya traditions. Celebrations take place between November 1st and 2nd. It’s a treasured time to remember the memory and passing of loved ones (including our canine companions).

According to the Aztec tradition, dogs will always be our best friends. In both this life, and beyond into the afterlife.

The breed most often associated with the Day of the Dead is the Xoloitzcuintli (Xolo for short). Also known as the Mexican Hairless Dog (although haired ones also exist).

It’s a mouthful to pronounce: ‘show-low-itz-QUEENT-ly’. This unique and ancient breed gets its name from the Aztec language, from “Xolotl”  meaning God of Lightning, and “itzcuintli” meaning  “dog”.

This beautiful breed and it’s importance in the Day of the Dead celebrations was recently depicted in the Disney movie Coco! Dante the Xolo guides his owner Miguel, through the Land of the Dead to meet his ancestors.

The Xolo is one of the oldest dog breeds. In fact, they are a “pre-Columbian” dog breed. These breeds lived in Americas before Christopher Columbus arrived. The Xolo is only one of very few ancient breeds that have lived on.

The Xoloitzcuintli is a sacred breed. It’s believed that they guide the souls of the dead through the underworld. Archaeologists have even discovered ceramic dog statues, and burials of human and dog bones. The burials between humans and Xolos suggest that they wanted to stay together in the afterlife. The Xolo is one of only a few true ancient breeds that survived to this day.

The Xolo shares a similar gene with other hairless dogs, to cause hairlessness (FOXI3). That same gene also, unfortunately, causes missing teeth and dental issues. Xolos have a unique appearance, and don’t have any fur on their bodies, (except the few that are born coated). However you will find some who have the adorable occasional tuft on top of their heads.

Because they are hairless, the Xolo radiates more heat than most coated dogs. That combined with an excellent temperament makes the Xolo a great cosy companion (a doggy hot water bottle as you will). The Aztecs believed that the Xolo’s warmth had healing powers. So they frequently tucked their dogs in blankets with them at night to keep them warm.

Remembering our dogs on Day of the Dead

You could take part in this tradition by making your own altar (or ofrenda). If you have a treasured pooch who has sadly passed away, pop up some photos, and candles on a make-shift ‘altar’. The altar often includes a  collar, favourite toy photo and favourite treats. Then spend the evening remembering all of the precious memories you share together. 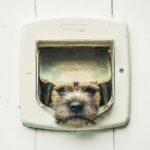 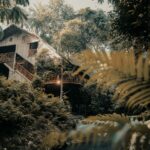