Epilepsy is one of the many conditions that dogs can be trained to act as assistance dogs for. These canine heroes are capable of a variety of supports such as barking to alert caregivers when a seizure occurs. They are also trained to move in the way when a person is having a seizure to protect them, or activating an alarm.

March 26th 2022 is Purple Day or Epilepsy Awareness Day. The day is intended to raise awareness about the often misunderstood condition.

Liv Tordillo was first diagnosed with epilepsy at the age of 11. You may recognise her and her lovely multi purpose assistance dog Huxley from their popular Instagram page @ourtrailoftails.

Liv kindly agreed to answer our questions to help spread awareness of epilepsy.

Q) Can you give a brief explanation of epilepsy?
﻿

A) Epilepsy is a common condition that affects the brain and causes frequent seizures. There are many types of epileptic seizures including ‘focal’ seizures (simple & complex), ‘tonic-clonic’ seizures, ‘absence’ seizures, ‘myoclonic’, ‘clonic’, ‘tonic’ & ‘atonic’ seizures.

Although you must remember people are affected in different ways. Some people can have multiple types and some only have one type.

Q) What is life with epilepsy like for you?

A) My life with epilepsy can be tough, some days are better than others while some are a lot worse. With my epilepsy, it can drain me to the point where I can’t move and feel terrible and weak within my whole body. I constantly worry about having seizures in front of others. This increases my anxiety and makes my seizures happen quicker and more frequently.

Q) How has Huxley improved your life ?

A) Huxley has improved my life so much. I am able to trust him to keep me safe which allows me to have my freedom back without constantly having a family member with me. I’m able to go out with friends and do normal things like shopping, going out for a meal, or going to the cinema.

He gives me confidence to leave the house alone. Although some people will try to distract him, with the training I put into him I know he is able to ignore them. This gives me even more confidence to know that if I was unconscious he wouldn’t care about a passer.

A) Huxley is able to alert around 30 mins before one of my tonic-clonic seizures happen which allows me to get to safety in time. Although Huxley is able to prevent some seizures from happening and shorten some. This is possible for me because stress is one of my many triggers and he is able to pick up on my stress and anxiety beforehand – with this Huxley will do everything he can do to get me to focus my attention on him reducing my stress levels. It is one of the many ways he is able to seizure prevent before it gets too late and I go into multiple long ones.

Q) Was this hard to teach?

A) I didn’t actually teach him this. However after he saw my first one and handled it extremely well, with time and our growing bond, huxley got used to my seizure warnings. He notices my levels dropping and me swaying which is when I get my ‘danger zone’. He then alerts me if I’m standing up as it’s dangerous to fall from that position.

Q) Did you plan for Huxley to be an assistance dog or did he become one over time?

A) Huxley becoming an assistance dog wasn’t planned and is actually an odd story. It was definitely in my mind when I first saw him but it wasn’t my main priority at the time.

When Huxley came home I started to have more frequent seizures. He showed no fear when I was in that vulnerable position which is definitely a scary thing to witness. Huxley just stood by me and licked me until I came around and breathed regularly again.

This honestly shocked my mum as this is the behaviour desired from a trained assistance dog. That was when we had the conversation about him becoming my assistance dog and how it would be the best option for both my epilepsy and anxiety.

Q) Does epilepsy affect your mental health & if so has Huxley helped ?
﻿

A) My epilepsy has 100% affected my mental health and not for the better!

My mental health makes my seizures worse too so it’s not a very nice combination to have, Huxley helps massively in ways I cannot put into words as he is my life saver, guardian angel and rock.

Q) How old was he when he started supporting you, did any previous dogs help you too ?

A)Huxley was about 9 weeks old when he witnessed his first seizure of mine. We then picked up our assistance dog training a couple months later after he fully learnt his obedience and wasn’t so ‘puppified’.

I had Branston previously and he helped with my less frequent seizures. Unfortunately, once Branston passed away, my epilepsy and seizures got worse. I was left with my parents having to deal with me.

Q) Why do you think it’s important to raise awareness about epilepsy?

A) I believe it is really important to raise more awareness about epilepsy because it is overlooked. It’s also stereotyped badly which upsets me.

It isn’t spoken about enough. Since you can’t see a seizure unless someone actually has the most known type of seizure in front of you, not many people actually realise that seizures are happening.

The main stereotypes about epilepsy is that it is only caused by flashing lights or the only seizures that are seizures are full body convulsions (tonic-clonic seizures). This is obviously false as there are multiple types.

Another myth is that everyone with epilepsy loses consciousness and has convulsions. Again, this is false due to the fact that some people are still conscious and some look like they’re ‘day-dreaming’.

For more articles like this check out the suppawt section of Houndy. 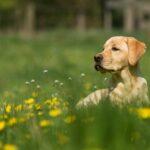 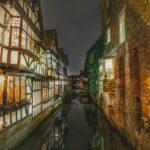