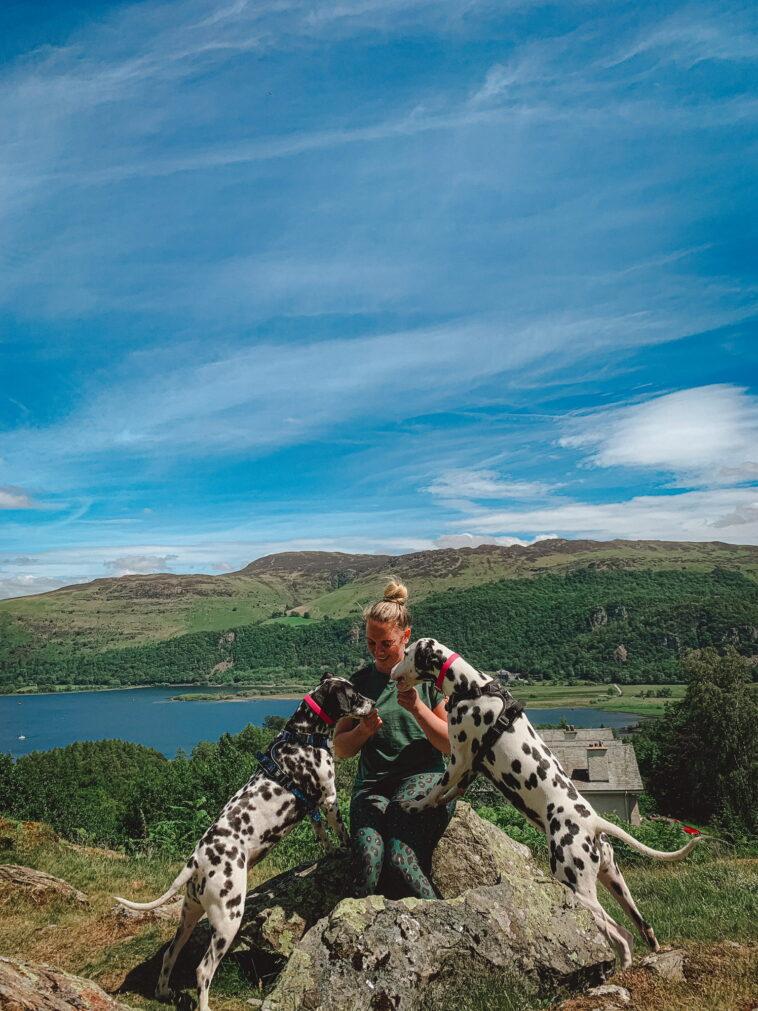 Epilepsy in dogs is a lot more common a condition than people realise.

March 26th 2022 is Purple Day or Epilepsy Awareness Day. The day is intended to raise awareness about the often misunderstood condition.

Epilepsy is a common condition that affects the brain and causes frequent seizures. It can affect both humans and dogs and is usually a life changing condition for both.

Molly McCann has years of experience with epileptic dogs. She has kindly agreed to give us some insight into having a pet with the condition. Over to you Molly.

Unless you’ve experienced epilepsy first hand in dogs or humans, it can be hard to understand much about it.

My childhood dog, Skip, developed epilepsy when he was 9 years old. He was playing in the garden one day when he just keeled over and went stiff. He also wet himself.

I was only around 14 and I screamed in terror because I thought he’d died. He eventually came out of it and we took him to the vet, who put him on medication. We figured out pretty quickly that when he got over-excited, he would go into a seizure.

This made it slightly easier as we could control his environment as best as possible. Over time we managed to reduce his seizures, he hardly had any in his last few years. He died at the age of 13 of heart failure, at home, half an hour after eating some spam!

I got Darla in March 2020. I collected her 1 week before the country went into lockdown. She didn’t get to have a normal puppy life with socialisation and classes.

She became reactive during at 9 months old and having had an easy going dog for nearly 5 years, I had no clue where to start with her reactivity training.

In July 2021, Darla had a strange episode one evening where she just stared into space, stiff as a board but standing up. She wasn’t responding to her name or me waving my arms in front of her. Then she snapped out of it, wagging her tail and kissing me as though nothing had happened.It was only then I noticed she’d defecated on the rug, which was very out of character.

It was one of the hottest days of the year and she was in her second season so I put it down to a mixture of those things. I still video called the vet, a service I get through my insurance. He just said to keep an eye on her over the next few days and weeks and if it happens again then book a vet appointment.

6 days later the same thing happened again. However, this time I witnessed the whole thing. She turned around and tried to bite her tail before standing stiff like a board and staring in to space while drooling.

I booked a vet appointment and they told me to monitor her further as there wasn’t enough evidence it was a seizure issue yet. We later found these two events were what’s described as “focal seizures”.

Around 2 weeks later, Darla had her first grand mal seizure. A grand mal is what most people relate epilepsy to. It’s usually complete stiffness or violent shaking, frothing at the mouth, jaw locked and sometimes unable to hold their bladder.

After this diagnosis, Darla started on epilepsy medication. She was started on 1 a day and is now on 150mg of phenobarbital every 12 hours and 500mg of Levetiracetam every 8 hours. Darla has 1-2 seizures roughly every 2 weeks. She’s had nearly 40 since they started and it never gets easier to see.

Watching your dog or a person have a seizure is something I wouldn’t wish on anyone. It’s terrifying because you don’t know if they’re going to come out of it or if you’ll need to administer emergency medication. Either way, you feel completely helpless.

People ask me if I ever video record her seizures but I don’t.

I never have because it’s never a priority in my head to grab my phone and film her. Some find it helpful to show their vets but I record the time and write down everything she did before, during and after. That is usually all the information the vets request.

Another question I get asked is how does my other dog react when Darla has a seizure?

The first few times, Darcy would pace up and down past Darla while she was fitting and cry. I keep Darcy far away because you never know how another dog can react when seeing something like this.

It would be quite possible for them to attack the unwell dog out of uncertainty of what’s wrong with them. Now though, Darcy takes herself away to her bed or the other side of the room and waits for Darla to become herself again before going near her. I’ve never had any issues with either of them trying to start a conflict during or after a seizure.

Darla is under a neurologist at the small animal teaching hospital on the Wirral. She also has a fantastic team of vets at our more local practice “The Liverpool Vets”. They are so attentive and kind and take her condition very seriously. They’re always happy to double check things with the specialists to make sure Darla’s well being comes first.

I’m part of a group on Facebook called “canine epilepsy”. This has been helpful to see others who struggle through this awful journey with their pups. It seems so unfair that the purest thing in the world, who love us with absolutely everything must go through this.

Darla lives a very full life despite her epilepsy. If you follow us on Instagram, you’ll see how much we love to hike and explore new places.

I don’t let Darla’s condition dictate her whole life because she deserves to live to the absolute fullest for as long as possible. Darla’s reactivity has also become almost non existent over the past year after consistent R+ training. This works well with her condition as stress can be a trigger for seizures.

I have days when I’ll take it all in my stride just like Darla does and think positive. It’s important to look to the future and think about all the things she still gets to do. However, some days I’ll be in tears and wonder why this has happened to the sweetest most selfless dog.

I hope I’ve been able to give you an insight into what it’s like living with an epileptic dog. Hopefully you can see that even though it’s heartbreaking at times, she is okay.

It’s actually worse for the people witnessing it than the dog who’s having the seizure. It’s almost like they’ve woken up from a deep sleep and don’t know what the fuss is about. They probably wonder why their human is such an emotional mess!

Please send your love and light to Darla, who’s currently snoring next to me.

Learn More About Epilepsy In Dogs

Dog Furiendly would like to extend our thanks to Molly McCann for writing this article for us with such openness and honesty. We hope that it can help to open peoples eyes and educate on this often misunderstood condition.

Check out our other article, a Q&A with Our Trail Of Tails about epilepsy and assistance dogs. For more information about epilepsy head to Epilepsy Research UK. 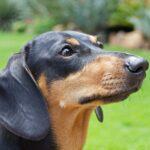 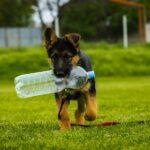