One of the amazing charities we support is the tail-wagging team at StreetVet.

StreetVet provides free, accessible fundamental vet care to the pets of homeless people. They’ve helped care for 100’s of street dogs (some cats and even a rabbit). The services they provide include vaccinating, microchipping, treating for fleas, protecting against lungworm, prescribing pain relief, performing surgeries; and sometimes just taking the time to sit and listen.

To showcase the great work they do, we’re sharing the story of Sally. Sally is a miracle Staffie who was certainly in need of a helping paw after she was spooked by fireworks.

Sally is a very special staffie. Her owner Rob rescued her as a puppy and they became inseparable.

When Rob suffered several strokes, it was Sally who was by his side and a strong motivation and companion throughout his recovery period. Sally became a regular at our outreach station in Hackney, collecting food and having regular check-ups for minor skin complaints and flea and worm treatments. She became known for her voracious appetite and her gentle, affectionate if rather goofy nature.

One cold November evening in 2018, Sally was unexpectedly spooked by some nearby fireworks. She fled from her familiar surroundings straight onto the railway tracks and into the path of an oncoming train. Sally sustained life-threatening injuries but incredibly she was still alive and an RSPCA inspector transported her to the Harmsworth Veterinary Hospital.

There she was stabilised with fluids and pain relief. Against all odds, she survived the night.  That morning the RSPCA contacted StreetVet and we arranged for our friends at Vet Assist (a pet and wildlife ambulance service) to transport Sally to Wanstead Veterinary Hospital, part of the Goddard Vet Group.

Sally’s injuries were extensive and life-changing. The trauma extended along the right side of her body which we believe took most of the impact from the train. There were long discussions about whether we would be able to save her right leg, but in the end, it was agreed that she would be at a lower risk of complications and would recover better after an amputation.

It can be extremely challenging to confine dogs that are used to the ‘street lifestyle’ for long recovery periods. Sally also had severe head injuries and her right eye was removed and jaw wired back together. Unbelievably, just two days after major surgery, Sally was up and walking about again. She had a minor setback when her jaw repair became infected but it wasn’t long before Sally was eating and much brighter.

As vets and vet nurses, we often have to counsel owners through the process of caring for pets that undergo major surgeries.  We also need to prepare owners for the psychological impact when they first see their pet after life-changing injuries.

Our Hackney volunteers were concerned that Rob would be shocked to see the extent of Sally’s injuries in person.  So, StreetVets Rebecca and Emma wanted to ensure Rob was fully prepared and supported, by driving him to the hospital themselves to visit Sally.  They were humbled to witness an overwhelmingly emotional reunion.

After just two weeks in the hospital, Sally was released.  Sally has become a bit of a local celebrity after all that she has been through and the tragic circumstances that have led to her new unique appearance.

Sally and Rob continue to visit us in Hackney almost every week and we ensure that she is happy, pain-free and of course well fed!!

How Can I Suppawt StreetVet?

Donate via their Golden Giving page, purchase some items on their Amazon Wishlist or notify them of a dog and owner in need.

Advertising
Advertising
ShareTweet
SubscribePinterest
(function() { window.mc4wp = window.mc4wp || { listeners: [], forms: { on: function(evt, cb) { window.mc4wp.listeners.push( { event : evt, callback: cb } ); } } } })(); Sign up to our mailing list!
Email address I would love to receive emails from Dog Furiendly and Houndy.
Leave this field empty if you're human: We use Mailchimp as our marketing automation platform. By Clicking above to submit this form, you agree that Dog Furiendly and Houndy can send you promotional emails in accordance with Dog Furiendly's Privacy Policy and acknowledge that the information you provide will be transferred to Mailchimp for processing in accordance with Mailchimp's Privacy Policy and Terms.
Advertising 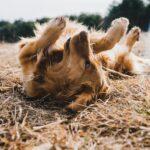 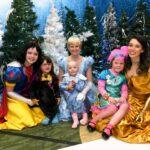