Previous Next
Sponsored by

Burns Pet Nutrition is thrilled to announce their partnership with Warner Bros on the upcoming DC League of Super-Pets film.

DC League of Super-Pets features Krypto the Super-Dog and Superman. Together the two partners fight crime in Metropolis with each other. When Superman and the rest of the Justice League get kidnapped, Krypto has to summon up all of his courage to save the day. So, the Super-Dog finds himself having to assemble a rag-tag shelter pack consisting of Ace the hound, PB the pot-bellied pig, Merton the turtle and Chip the squirrel to help him save the heroes.

Featuring in the film is a star studded cast including Dwayne Johnson, Keanu Reeves, John Kransinski and Kevin Hart. It’s going to be the big family film of the summer holiday season!

Founder of Burns Pet Nutrition, John Burns is particularly excited about the new partnership, he said;

“As our brand continues to grow and expand, we’re thrilled to support this movie and partner with Warner Bros. in what we hope will be the start of a fruitful relationship.”

DC League of Super-Pets will be released by Warner Bros. Pictures in cinemas across the UK on July 29.

Burns wanted to celebrate their heroic partnership with DC League of Super-Pets. So they’re giving you the chance to win a fantastic getaway with your pooch!

The lucky winner will receive a 2 night stay for 4 people and of course their dogs. The winner will have their choice of luxury dog friendly cottages or lodges in the UK. You’ll take your pick from a selection of UK locations. As if this wasn’t enough, you’ll also receive a woofing £300 for spending money and travel allowance.

In addition, runners up will receive a DC League of Super Pets goody-bag.

Click here to enter the competition and be in with a chance of winning this tail wagging prize!

Burns Pet Nutrition are a pioneering pet food brand, specialising in using simple, healthy and wholesome ingredients to create award-winning recipes that pets love. Founded by veterinary surgeon John Burns in 1993, they've been at the forefront of the healthy pet food winning numerous awards, and selling over 2 billion bowls of healthy and wholesome pet food. They continue to support shelters, charities and community projects across the UK by donating 25% of their profits every year. 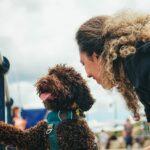 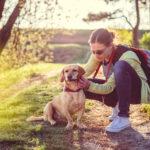