There’s a reason we refer to our dogs as “man’s best friend”. They’ve been our faithful companions for centuries, offering us an abundance of love and companionship. There is undeniably a ‘language barrier’ between us and we often ask ourselves ‘I wish I knew what my dog was thinking’. Sometimes we think we know what they’re thinking, and generally we’re way off the mark.

We’re diving into 5 ways dogs communicate with us, so you can make better informed choices to and become better guardians.

Understanding examples of body language can help you interpret your dog’s feelings and needs. Did you know that when a dog exposes their belly, they are usually uncomfortable and often will use this as an appeasement gesture?

Often, gestures or actions that we assume mean one thing is our dog telling us the exact opposite. Unfortunately, this is one of the common reasons for random acts of biting. It can appear as ‘unexpected’. So what is an appeasement gesture? “Appeasement” behaviours communicate a desire for the ‘perceived threat’ to stop, with no desire for confrontation. For example, when your friend comes over for a drink and your dog exposes its belly they likely feel uncomfortable at the presence of that person. Therefore attempting to appease and diffuse the situation. Showing their belly is often misconstrued as an invitation for belly rubs when the dog wants to be given space.

We really recommend these books but in particular Doggie Body Language – a beautifully illustrated book that really breaks down our dogs body language.

Dogs communicate through their body position and movement. For example. one of the most commonly overlooked stress signals in dogs is something called a ‘Whale Eye’. This is when a dog exposes the whites of its eyes. This is usually paired with ‘avoidance behaviours’. Such as turning their head away from something uncomfortable and lip licking (flicking the tongue or licking the nose). Dogs who display these signals are EXTREMELY uncomfortable in that situation. It’s often a precursor to escalation (a growl, snap or even a bite).

Tail positions are important because they can show you how a dog is feeling. By understanding these positions relative to your dog, you can better communicate and understand their emotional state.

Here are some common tail positions and what they mean. Please remember, every dog is different. So please take your own dog into context and what their resting positions are like.

A huge myth surrounding dogs tails is that a wagging tail = a happy dog. I’m sure you have all heard this at some point. It’s another example of us humans getting the wrong end of the stick. A dogs tail indicates arousal in general. The higher the dog’s tail and faster the wag, the greater the level of arousal. While a very high tail indicates high arousal, a very low-wagging tail most often denotes fear and appeasement.

Arousal is not always good. Stress is also arousal. A reactive or dog aggressive dog may wag their tail frantically whilst lunging and barking. Or when a dog is wagging its tail and barking at the postman, people can misconstrue that as a friendly behaviour because their tails are wagging. But unfortunately end up getting bitten. Did you know, 2,500 Posties are attacked by dogs every year?

Voice is another communication technique that a dog will use from time-to-time, some more than others. They do this by barking, howling, and growling. Each sound can convey different meanings, depending on the context.

Some dogs will growl to let people know about their boundaries, others will bark for you to throw the ball just one more time. We can help them with that vocalisation and the inconveniences they’re trying to communicate if we interpret different signs correctly.

Growling is a healthy communication tool for dogs. It’s often interpreted and treated as rude or being impolite. It’s important to never tell a dog off for growling, as nasty as it may sound or sometimes look. When a dog growls they are simply warning you politely that they are uncomfortable. A growl can be the last line of communication for dogs to show discomfort.

Raised hackles means that the hair along their back is standing up. The more ‘Sciency’ name for this is ‘Piloerection’. A dog’s fur will fluff up across the shoulders or down the back and sometimes to the tail.

This is a definite sign of an aroused dog, but as we touched on earlier arousal can be both good and bad. The dog might be upset or stressed but it could also be excited or intensely interested in something. It’s often an involuntary reaction, like goosebumps in humans. But often misinterpreted as aggression or ‘dominance’ (both of which are completely false). 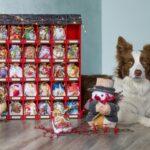 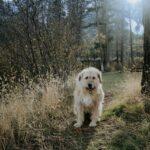