London, the city of dog friendly dreams. This wondrous place is filled with plenty of hustle and bustle and a whirlwind of things to do. The buzz in this city is enough to make you bark for joy but tucked away on the water, the city show’s its true beauty.

We were invited to take a dog friendly GoBoat Trip along the Regent’s Canal, starting at Merchant Square in Paddington, along Little Venice and through the Maida Hill Tunnel. This blog post is sponsored by GoBoat London (gifted), but it contains our own honest and independent review of the service.

We woke up on the crack of dawn one Saturday morning, picnic packed, we looked at Charlie with that twinkle in our eyes that screamed ‘go and put your lead on, we’re going on an adventure’. Charlie with the waggiest tail made his way to the door with no idea what he had in store for the day! We were leaving our small Welsh town for the Old Smoke, yes, Charlie was about to embark on his first-ever trip to the city itself, London.

A couple of hours later and we made it to the Park and Drive in Osterley. Grabbed our Tube tickets and we were on the way to Paddington. Our little Charlie was just happy to be there, the Tube noises freaked him out but he was happy enough in our arms knowing that we had his back.

We made it to Paddington. Just a short walk around the corner (we still managed to get lost), and we landed in Merchant Square. Charlie, in his full element on the walk was loving all the new smells, the new sights and the new sounds – little did he know a new two-hour adventure awaited.

Getting on the Boat

Up ahead at the dock of GoBoat, we saw our adorable Explorer, Chewie, and their friend Ted. Of course, they were both with humans Sian and Suzie, but all Charlie was interested in was sniffing those tail-wagging London tuches.

We were checked in by the very friendly GoBoat London staff and hopped on the boat. After boarding the boat, we were given a safety briefing and then we were given instructions on how to drive the boat, I say we, I mean James because like a little boy at Christmas, James was very excited to steer the boat.

The GoBoat is a self-drive electric boat that holds up to 8 humans or big dogs, if your dog can sit on your lap then it doesn’t count towards the total. We were also relieved to notice the boats have a silent engine which is great for dogs like Charlie who can’t deal with loud noises in general.

After James had his instructions, we cracked open the Pims and we were off. Then, like typical British weather, the rain came in! The rain didn’t bother us though, okay it slightly bothered Charlie because he’s a Princess, but we still managed to have plenty of fun sailing down Regent’s canal.

Throughout the first hour, both Chewie and Ted were loving the open air and gentle speed of the boat watching the world go by. Charlie, on the other hand, had a love-hate relationship with the boat. At times he settled and popped his paws on the front to look ahead, other times he got a little nervous, mostly through the dark tunnels (and when James bumped into something, but we won’t mention that part).

Talking of steering though, there are a few places on the route where the canal is narrow, so you have to be patient and wait to make sure you are giving way to oncoming boats (something we learned very quickly).

We soon settled into the ride and began to take in the beauty of London’s peaceful waterside. A couple of tunnels in and we realised our first hour had almost flown by down Little Venice. We quickly turned the boat around and headed back to Merchant Square to pick up another Explorer who could enjoy the boat ride with us.

As we arrived back at the dock, we saw Maria, her Dad and the adorable Bertie waiting to hop on! All settled in, we headed off for another hour of fun. This time we knew how to be pawfect sailers while James knew how to be a courteous captain to the other colourful canal boats of Little Venice. Bertie the adorable Battersea rescue also took it all in and was also happy to be on the boat.

We all enjoyed the leisurely sail and could have stayed there all day, whether the rain was coming down hard or not. While we were all busy chatting away, our phone alarm told us that another hour had almost gone and it was time to head back.

Five Paws From Us!

All too soon we arrived back at Merchant Square and all agreed that the GoBoat experience was the perfect way to spend a few hours exploring London. You could tell by the gleam in their eyes (and the photos from their Instagram), that all the dogs enjoyed the trip in one way or another, even Charlie. Five paws all around.

It was unanimous that would definitely re-book this boating adventure when the sun was shining, with the plan to enjoy the full two hours going down the canal. For those thinking of booking, we would recommend at least two/three hours to allow enough time to reach the end and wait for other canal boats in the meantime.

It’s also incredibly good value when you’re with a big group. The two-hour GoBoat trip costs £89 / £109 (off-peak / peak) which if you’re in a group of 6 humans like we were is about £18 per person during peak times (bargain). You can book your trip here: goboat.co.uk/paddington.

After our boat ride and memories to last a lifetime, we all hugged and went our separate ways.

21
SHARES
ShareTweet
SubscribePinterest
(function() { window.mc4wp = window.mc4wp || { listeners: [], forms: { on: function(evt, cb) { window.mc4wp.listeners.push( { event : evt, callback: cb } ); } } } })(); Sign up to our mailing list!
Email address I would love to receive emails from Dog Furiendly and Houndy.
Leave this field empty if you're human: We use Mailchimp as our marketing automation platform. By Clicking above to submit this form, you agree that Dog Furiendly and Houndy can send you promotional emails in accordance with Dog Furiendly's Privacy Policy and acknowledge that the information you provide will be transferred to Mailchimp for processing in accordance with Mailchimp's Privacy Policy and Terms.
Advertising

More From: Things To Do 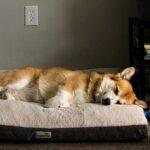 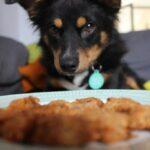