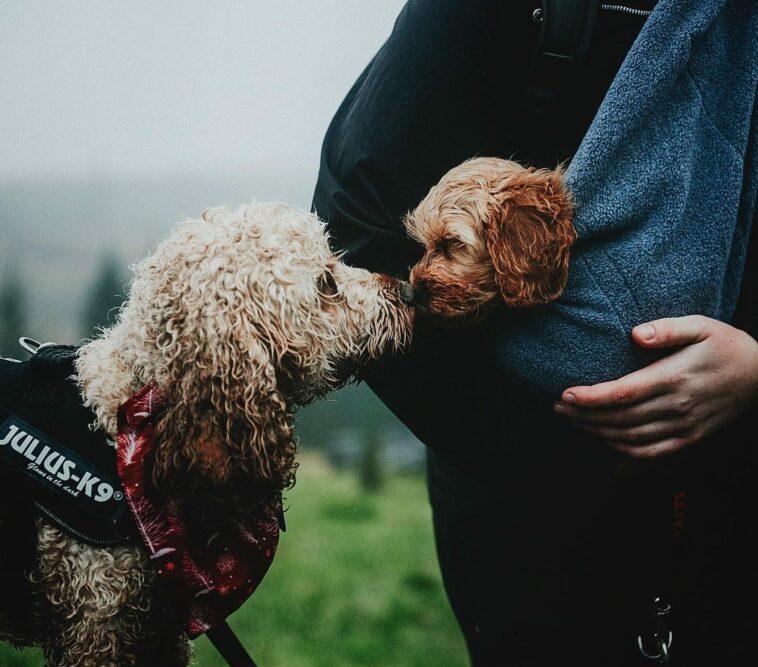 Hiya, I’m Piper! I’m a one year old, playful cockapoo pup from Wales. I love adventures, meeting new people and poochies, swimming and my toys Squeaky Octopus, Duck and Lamb. Me and my Mum are always visiting dog friendly places, hopefully we can inspire you and your pooch to do the same

This month we’ve been welcoming a new baby pupper to the pack, my new brother, Ramsey. Read our experience below.

Where it all began

It all started on rainy Tuesday evening, humum came home from work and took me for a shorter than usual walk. She quickly changed and left the house, left me to hang out with the cats! The absolute cheek of it!

She returned a few hours later, looking quite sad and smelling like another dog. I tried to comfort her but I was also annoyed, how could she leave me for another pup?!?

She rubbed my belly and explained that she had gone to visit a potential baby brother for me. Unfortunately, wasn’t cared for or loved, he was bred for a quick buck. Mum desperately wanted to rescue him, but she knew that she would be lining the pockets of bad breeders. People who might continue to breed an array of doggies for money. She also knew that the puppy was sick and wouldn’t have been able to keep up with me and my energy levels, or play fight or enjoy his life as a part of our family. So she left and reported them to the relevant authorities.

Whilst this story of mine is not intended to be a sad one, it’s brought to light how many dogs are treated poorly in order to make quick money. Rescue centres and responsible breeders are so important.

Mum searched rescue centres for a brother, but each dog had luckily found their forever home. There did not appear to be any that the centres deemed a good fit for our family of me, humum and the two cats (Hugo and Willow).

Humum’s sadness didn’t last too long, she has always kept in regular contact with my breeder and the next day she went to pay her a visit as apparently the breeder had a 9 week old boy left, who no-one had yet wanted.

A few hours passed and humum returned home, she showered me with all the love and kisses and I (as always) returned the favour. My nan was with her and carrying something that I couldn’t quite make out. Humum led me to the back garden and my nan popped the little bundle on the floor. It was like looking at a photo, it was a mini-me!

I sniffed him, walked around him, he pawed and me and started to play. We played chase around the garden before he was scooped back up by my mum, who bent down to cuddle me at the same time.

My nan left, but the bundle remained. That’s when humum sat as all on the sofa (cats included) and explained that the bundle was called Ramsey and he was our new little brother- she even told me that he is actually my half sibling as we share the same dad!

Humum told me that I was now a big sister and had to teach Ramsey right from wrong. I wasn’t sure if I was up to the task, especially if that meant sharing my toys and food!

Humum set about settling us into a routine at meal times, and having Ramsey around has actually made me less fussy- I know gobble down my food like it’s going out of fashion (mainly because he’s a greedy so and so and if I don’t eat it straight away, then he will!)

At first I was a little weary that he was staying. I enjoy when my furiends visit but usually they go home and I go back to being the centre of attention. Our trick training went back to basics, things I learnt to do over a year ago! Ramsey didn’t understand the basic commands, so I showed him and earnt myself lots of easy treats!

I was still unsure about sharing my toys, each toy Ramsey picked up I realised I wanted! So I kept taking them off him and making a den of my special toys in my bed. Humum then took all the toys away and started introducing a few at a time and getting us to play together. I am getting use to this sharing malarkey, but it’s not all it’s cracked up to be!

Aside from tricks, Ramsey is also not so good at toilet training. The awful pads are back in the house, but he seems to miss them every so often, so I took on the big sister role and showed him how to use the puppy pads. Humum wasn’t overly pleased with me doing this, so I stopped as I hate to make humum sad.

Suddenly we started having lots of visitors! Mum wouldn’t let them meet Ramsey until they had made a fuss of me. This made me happy – I shouldn’t be forgotten just because Ramsey is the new kid on the block! He needs to learn his place in our pack.

The first week or two I would get quite grumpy with Ramsey as he always wanted to play and would jump on my head when I was sleeping. But about two weeks in, something changed. Ramsey joined our walks. Having a little brother isn’t as bad as I first thought. Yes I have to share my toys and now humum cuddles us with one hand each and trick training is back to basics for the most part when Ramsey is joining us, but when humum is at work I now have someone to constantly play with (the cats only play when it suits them) and on walks it’s a lot more fun to chase a ball when someone else to also trying to catch it! (I’m the faster sibling still!)

Ramsey has a lot to learn, he had to go to the vets the other day for swallowing something that he shouldn’t. But I think I suit being a big sister quite well and humum says she is so proud of me.

It may have been a change for me at first, but humum was patient and now when Ramsey jumps on my head I’m ready for playtime, or if he’s sleepy I give him a good lick to make sure he’s clean. As far as little brothers go, I’ve got a good one. Ramsey was always meant to be a part of our family.

Have You Introduced a New Pup?

Perhaps they’re a tad to playful for your pooch, or maybe they get on like a house on fire. Let us know how it’s going in the comments below. 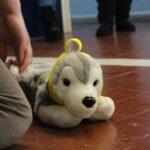 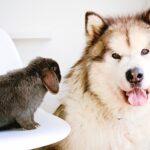