If there’s one thing Queen Elizabeth was famous for, it’s her love of Corgis. The love of the breed stemmed from her childhood starting with family dogs Jane and Dookie. Following her childhood, she was gifted her first Corgi at the age of 18 called Susan. Since then, she has owned over 30 Corgis, who have featured in many of her photos and official portraits, they even starred in 2012 London Olympic opening ceremony.

Spending time with her dogs was a way to relax and switch off from the constraints of her role of Queen. They provided her with constant comfort, joy and unconditional love. She leaves behind four dogs, including two Corgis, Muick and Sandy, a Dorgi (Dachshund and Corgi mix) named Candy and Cocker Spaniel called Lizzie.

In this article we celebrate the history of her gorgeous Corgis who made her life so magical through the years.

The first Royal Corgis, Dookie and Jane joined the family in 1933 at the request of Princess Elizabeth and Princess Margaret. They requested a Corgi after playing with a Pembroke Corgi owned by the children of Viscount Weymouth.

One of the Queen Mother’s Corgi’s Crackers was a constant companion who retired her to the Castle of Mey in Scotland in 1939.

A Gift To Cherish Forever

She even joined Elizabeth on her honeymoon in 1947. In fact, Phillip helped to sneak Susan onto the open carriage from London to Hampshire. Susan also accompanied the couple on some of their other travels including on a tour of Early Mountbatten Broadlands Estate.

After joining Elizabeth and Philip on their honeymoon Susan had her first pair of pups, Sugar and Honey. All subsequent Royal Corgis descended from her. The bloodline from Susan lasted for at least 14 generations of Corgis.

As noted by the BBC, the Queen’s Corgis “are a connection to her father, and a more carefree time. Every puppy after Susan was a way of keeping part of that with her, and a reminder that life and dynasties go on.”

Corgis For All The Family

In 1955, Sugar had two puppies called, Whisky and Sherry. These beloved pups were surprise Christmas gifts from the Queen to the Prince and Princess. Sugar even made it to the cover of Women’s Weekly (Australia).

Sugar’s twin, Honey, was gifted to the Queen’s Mother; Honey had a pup called Bee, who had two puppies called Buzz and Heather. Heather quickly became one of the Queen’s favourites. Heather was the mother of Tiny, Bushy, and Foxy and Foxy gave birth to Brush in 1969.

The bloodline continued with several Corgis. Some whom were gifted to family, others who were loyal companions to the Queen.

The Queen and Queen’s Mother ensured that all the Corgis enjoyed a privileged life in Buckingham Palace.

All dogs resided in a bespoke room where they slept in elevated wicker baskets.

The Queen tended to the Corgis and walked the dogs twice a day herself. The Corgis also had a delicious dog menu which changed daily and approved by a veterinary dietician. Meals included fresh rabbit and beef, served by a gourmet chef.

Meat dog biscuits were served in the morning, while the late afternoon meal consisted of a meatty dog meal with gravy.

At Christmas, the Queen made stockings filled with toys and delicacies. She also wouldn’t stand for anyone playing pranks or tricks on the dogs. In 1999, a Royal footman was demoted from Buckingham Palace for pouring booze into the Corgis’ food and water” and watching them “staggering about” with relish.

In 2007, Susan’s bloodline had reached over 50 Corgis and the Queen had five of them by her side, Monty, Emma, Linnet, Willow, and Holly. She had four Dorgis (Dachshund x Corgi) Cider, Berry Vulcan and Candy. If that wasn’t enough dogs to make your heart sore, she also had five Cocker Spaniels another breed of dog she loved dearly.

In 2012, Corgis Monty, Willow, and Holly appeared briefly in the James Bond sketch during the Summer Olympics opening ceremony.

In 2015, horse whisperer and friend of the Queen, Monty Roberts reported that the Queen stopped breeding Corgis so none would survive her in the event of her death.

In April 2018, the last of the line Willow had passed away. She had one Dorgi left called, Candy who is still alive today. In 2021, Andrew gifted the Queen with another Dorgi pup named Fergus and a Corgi called Muick. However, Fergus died from a heart defect and so she was gifted a third Corgi from Andrew called Sandy. Last year, the Queen acquired a four-year-old Cocker Spaniel, called Lissy.

Wondering what happens to the dogs after the Queen’s passing? You’re not the only one. Click here for our article diving into this question. 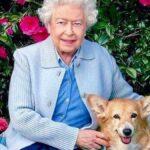 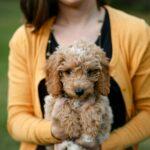