We all know that Queen Elizabeth was a total ‘dog person’. She loved dogs, particularly her beloved Corgis who became almost as iconic as herself.

Our beloved monarch Queen Elizabeth II, died on the 8th September aged 96, leaving behind four dogs. Two adorable Corgis named Muick and Sandy, a beautiful Dorgi called Candy, and a loving Cocker Spaniel. Which begs the question, ‘what happens to the Queen’s dogs after her passing?”

Royal expert Ingrid Seward declared that dogs where the Queen’s first and last love. Before news of the monarch’s death was revealed, she said;

“She loves animals and she absolutely adores dogs. She always has done, they were her first love and they will be her last”.

Where Will The Queen’s Dogs Go?

There hasn’t been an official plan released publicly, however there is speculation that they might go to her children. Ingrid Seward continued;

“I imagine the dogs would be looked after by the family, probably Andrew, he’s the one that gave them to her, they’re quite young, the Corgi and the Dorgi.”

On the other paw, Royal author Penny Junor suggested the Queen’s staff may continue to care for the dogs as they had been integral in their care beside her. She wrote in her book, All the Queen’s Corgis (2018):

“Care of the dogs has fallen sometimes to footmen but mostly to the Queen’s trusted dressmaker, assistant and right-hand woman, Angela Kelly; and to her equally trusted page of many years standing, Paul Whybrew, who was seen walking with the Queen and the dogs in the James Bond spoof”

“Both are fond of the dogs, have unfettered access to the Queen and are said to be very close to her.”

The Queen’s Love Of Dogs

Her love of dogs started in 1933, when Elizabeth’s parents welcomed the Royal Family’s first Corgis, Dookie and Jane.

She was smitten with the dogs. To celebrate her 18th birthday in 1944, Elizabeth was gifted her very own Corgi called Susan.

Susan became the founder of the Queen’s royal dog dynasty. After joining Elizabeth and Philip on their honeymoon she had her first pair of pups, and all subsequent Royal Corgis descended from her. The bloodline from Susan lasted for at least 14 generations of Corgis.

Since Susan, the Queen owned more than 30 Corgis as well as other breeds of dogs such as Spaniels. She also adored the cross-breed, Dorgi (Dachshund x Corgi) after one of her Corgis bred with Princess Margaret’s Dachshund Pipkin.

According to Monty Roberts, long-time adviser to the Queen, she stopped breeding her Corgis. in 2015 because she “did not want to leave any behind,” in the event of her death.

She did continue to have dogs following this. Prince Andrew gifted the Queen two puppies after the death of her husband Prince Phillip. Corgi Muick and Dorgi Fergus. Sadly Fergus’ life was short-lived as he died shortly after. So Andrew gave her another Corgi who she named Sandy.

The Queen has a tremendous love for dogs, and it is this devotion that has captured hearts all over the world. Penny Junor described this affection;

“It is her love of dogs, as much as anything else, that enables so many of us to feel we have a special connection with,”

“Strip away the wealth, the privilege and the palaces, and the bond she has with her dogs is no different from the bond the rest of us have ours, no matter our station in life.

So what happens to the Queen’s dogs? Only time will tell. One thing we know, the Queen thought of her dogs as family. She would have most certainly had a plan in place for them to ensure they continued living their best life. 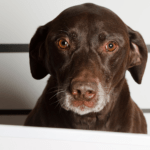 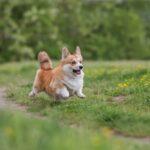