Chris & Moose are embarking on an epic adventure walking the 7,500-mile coastline of mainland Britain while raising money for three fantastic charities. Chris is sharing his story of the first leg of his adventures. It’s super inspiring and we can’t wait to hear what comes next.

My name is Chris McQuillan. I’m doing the ultimate waggy walk with my best friend Moose, around the coasts of England, Scotland & Wales, reaching a total of 7,500 Miles.

My idea for doing an epic walk started with an ambition I have to complete the Camino de Santiago – A 800Km walk across northern Spain. Due to the complications associated with having a dog in tow (and my dubious Spanish speaking skills), I decided to tackle a challenge closer to home.

They say variety is the spice of life – and as such, I’ve decided to support not just one, but three charities – That way there’s something for everyone. 1 Coastline – 2 Best Friends – 3 Great Nations for 3 Great Causes.

The first leg of our adventures began on the South West Coast Path. This adventure took 89 days to complete in total, read on to see how it went.

]I’m a firm believer that when embarking on any venture, there is a real risk of over-thinking things. My general approach in life is to allow events to unfold in a series of ‘happy little accidents’. That way I can congratulate my free thinking attitude when things go well, and curse the unkind hand of fate when they don’t. Such was my mindset when stood beneath the huge steel sculpture of an unfolding map in the centre of Minehead last July. I mean, I’d heard of the South West Coast Path, but at the risk of completely putting myself off the idea of walking it, I didn’t research into it all that much. After all, what’s life without the odd surprise or two?

2018 was one of our hottest summers on record, and that day in Minehead was no exception, searing hot sun and no breath of wind. Oh and an obsession for carrying enough water so that my unwilling companion and I wouldn’t die of dehydration in some cliffy nook along the 630 mile stretch of coast path, between here and Poole.

Moose sniffed at the hulking effigy before indignantly planting his flag on it, by peeing at the base of the structure in that doggy way that says; “Mine!”  He lifted his head and then looked at me with his huge brown eyes as if to say; ‘C’mon then, let’s get cracking’, and so our adventure on the SWCP began.

We’d been on the road for 2 weeks prior to that, having set off on our mission to walk the entire coast of Britain starting in Portishead, Somerset. The road was beginning to harden us into seasoned walkers, and as such I felt an air of confidence in starting our SWCP stint. Laden down with pack, tent, dog food and dog, we set off in the direction of Devon, and all that lay beyond.

Our journey along the SWCP took us 89 days (3 months) to complete. I’ll only justify that by saying the pack was really, really, heavy, and I wasn’t as fit as I could’ve been… that, and Moose likes to sniff at stuff, and pee… a lot. I’d also like to state for the record that there were many stunning reasons along the way to give us pause to stop, think, and appreciate the magnificent displays we were constantly being bombarded with. I remember the day I finally got to Poole and the overwhelming feelings of awe, gratitude, and regret I had at leaving this path behind. I felt that I was in some way saying goodbye to an old friend – such is the affinity a walker can expect to gain when embarking on this special route. Since that day, Moose and I’ve walked a further 1,200 miles of coast path across seven counties, and I can still state that the SWCP is unparalleled in its scale or magnificence. I’m still keen to go back there one day to retrace our steps, if for no other reason than to reclaim the piece of my heart it stole from me the first time around.

I could simply go on forever imparting fantastic memories that speak of the virtue of this special trail but I’ll choose however, to leave you with just one, and let your imagination fill in the gaps as to what you can expect the rest of it to be like.

We were just days from the euphoria of having crossed the headland at Lands End, and were now slowly making our way south east towards Lizard Point. It was mid-August by now but the sun still beamed, unrelenting high above. The sky reflected the untainted blue of the ocean, and the air was warm, still, and scarce. We’d passed the beautiful beach at Praa Sands an hour earlier and I was looking to camp so as to enjoy the remains of the day. Standing in the shadow of the small village of Rinsey is a Cornish engine house called Wheal Prosper. It sits in seclusion on top of the cliff line under which a series of terraces lie, set back with beautiful views of the beach far below, and the sea stretching out to the infinite of the horizon beyond.

We were far enough from anywhere to be disturbed, and this magnificent structure hulked high above us with an ageless grace that welcomed us to remain for the night. I quickly pitched our little 2 man tent and began making stew on my stove.

I sat near the precipice of the cliff line and watched the sun set slowly in the distance while eating my supper. On one of the lower terraces were other campers enjoying the evening and magnificent vistas, although they were too far away to be heard.

Darkness came but the warmth in the air clung on. High above, a blanket of stars began to peer out from the void and as time passed, the splendour of the Milky Way sprawled its way across the Cornish sky from horizon to horizon. Deep in the gloom, the shadow of Wheal Prosper looked over my shoulder as Moose, wrapped in my sleeping bag rested his snoozing head on my lap. The weeks of solitude culminated that night into an overwhelming feeling of fulfilment and awe at finding myself in this special place, on that particular night, under that starry sky, with my best friend snuggled-in close. I can honestly say the experience will stay with me forever. 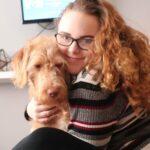 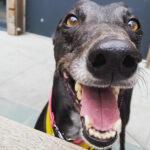