A business providing aromatherapy products for dogs and humans has raised nearly £4000 for dog rescue charities.

Style To Rescue allows professional experienced groomers to pamper dogs from various rescue homes. The glamorous pooches then take part in a best groomed competition. Volunteers run the campaign on a not-for-profit basis. All of the involved rescue centres receive financial support regardless of whether their dogs win. Vita Canis split proceeds between seven dog rescue homes including Many Tears Animal Rescue and Wheels to Paws UK.

With Covid restrictions in place this year Vita Canis were unable to host their usual live event. However, this did not deter them from continuing to raise money for dog shelters, instead organising a virtual day of seminars for dog lovers.

Vita Canis founder Jita Krisova, who has been in the dog grooming industry for over 20 years, said of the event,

“Even though the Style to Rescue 2021 was different, we are still fulfilling our mission: to help those who can’t help themselves.”

The much needed support could not have come at a better time. Dogs Trust warns that it has felt the negative effects during the Coronoavirus crisis. The charity states that the pandemic has led to a sharp rise in the number of families and individuals struggling to cope. Therefore, more and more dogs are being given up and abandoned at the moment.

U.K lockdown conditions over the last year mean dog charities have struggled to raise funds or derive income from events. The hard work of Vita Canis has been gratefully recieved, as are the generous donations of the public.

Hessa’s Homeless Hounds, a rescue home benefiting from the event has taken part in Style To Rescue from its inception. A spokesperson said,

“I was shocked and amazed at how much money was raised and overjoyed by the cheque that followed”. Adding, “It’s a fantastic thing that Jitka and her team do to help charities like ours.”

Dog Furiendly commends the work of Vita Canis and the shelters they support for the excellent work they do. Other charities that benefit from the webinar include Petwelfare Stafford, Scottish Terrier Emergency Rescue, Poodles from Portugal and Doodle Aid.

ShareTweet
SubscribePinterest
(function() { window.mc4wp = window.mc4wp || { listeners: [], forms: { on: function(evt, cb) { window.mc4wp.listeners.push( { event : evt, callback: cb } ); } } } })(); Sign up to our mailing list!
Email address I would love to receive emails from Dog Furiendly and Houndy.
Leave this field empty if you're human: We use Mailchimp as our marketing automation platform. By Clicking above to submit this form, you agree that Dog Furiendly and Houndy can send you promotional emails in accordance with Dog Furiendly's Privacy Policy and acknowledge that the information you provide will be transferred to Mailchimp for processing in accordance with Mailchimp's Privacy Policy and Terms.
Advertising 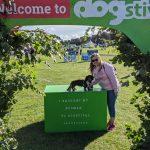 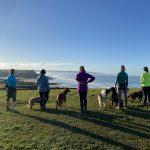