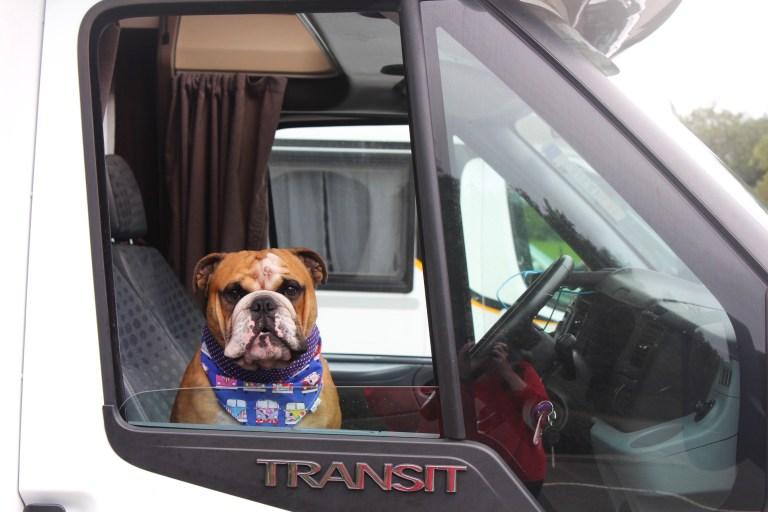 Hiya, I’m Beefy! I’m a one-year-old, handsome British Bulldog pup from Wales. I love adventures, walkies with my pack and entering dog shows. My pawrents and I are always visiting dog friendly places. Recently, we went on a dog friendly holiday to Scotland and had the time of our lives, check out our adventures below.

Our Journey to Scotland

Mam and dad woke me up with a big crash and bang. I didn’t know what they were doing but they disturbed my dreams of chasing squirrels! I asked Mam with curious eyes what was going on? She told me that we going on our holidays! It all sounded very exciting.

As I was eating my breakfast, I was rudely interrupted by being bundled into the car and dropped off at my favourite Auntie Shauna’s. A few hours later Mam and Dad picked me up but in a strange big house on wheels! It even had a cosy bed for me to snooze on. Horray! We began our journey to Scotland, my first big Holiday!

We had a very long drive and I watched the roads and mountains pass by, we eventually stopped for a pit-stop at the services.

Dad went inside and I was upset that he had been gone for more than 3 minutes, it felt like forever. Mammy stayed with me but got her camera out and was taking photos in my face again, I hate that thing, it stops me being close to Mam so I can’t give her kisses. When Dad came back we had a little walk and I met some other doggy friends, two Boston Terriers. One called bear, he didn’t look like a bear to me though he was tiny!

As it got dark, dad said bedtime! I thought you don’t need to tell me twice, and off to sleep, we went.

Waking up in Edinburgh

The next day Mam woke me up by shaking my food bag. I can hear those biscuits a mile away! Mam and Dad said that today we were driving to Edinburgh. I knew that Edinburgh wasn’t close so I went back to bed for a snooze. Four hours later we arrived at a big castle.

First stop on our dog friendly holiday to Scotland, was a great big castle. I walked to the castle and wanted to look inside but we were told that doggies are not allowed. They clearly didn’t know that I’m Mr. Beefy.

Dad suggested we go walkies around the town instead. There was a strange man playing a musical bag I’ve never seen before. Mammy told me that they were bagpipes. It turns out I like the bagpipes. We walked some more and looked in shop windows to see if there were any toys for me. Mam gasped and said “we need that!” I wagged my tail and thought I was getting a new toy or some treats but instead she came out with a silly hat for me to wear. She always dresses me up in silly costumes.

For dinner, we went to a dog friendly pub where they have a resident bulldog called Hero! I searched and searched for him but I couldn’t find him anywhere’s. Then, I had my dinners and mam and dad had a liquid lunch. I asked but I wasn’t allowed a beer. So instead I had a nap on a very comfy chesterfield sofa.

After a nap, we got back in the house on wheels and drove to see a monster in a lake. I wasn’t scared. I swear! We searched and searched for him but we couldn’t find Nessie anywhere. I was secretly happy we didn’t find him because I was a little scared but Shhh don’t tell Mam! We stayed the night at a campsite called Loch Ness Shores. Mam and dad ordered a takeaway meal to the van because they’re greedy. Not like me, I have a beautiful beach bod. At 10pm we went to sleep on the big comfy beds ready for the next day’s adventures

Day 3 of my dog friendly holiday started with me being a creative Beef. I helped mamma put on her makeup. Dad told me today’s adventures was to go see a big bridge in the Skye. He forgot to mentions the long drive to get there through spooky mountains! It was so dark and there were no other humans for ages! I decided to snuggle up on mammas lap on the passenger seat to protect her from the scary dark mountains and had a snooze for a little while.

Before we got to the bridge we stopped at a castle called Eileen Donan, I didn’t think she looked like an Eileen.

We finally reached the big bridge, we went over the bridge to a small island on the other side, called the Isle of Skye. We had a drive around and came back.

Hanging with the Coos and the Kelpies

Day 4 started with a walk to see the coos! I loved the coos but they didn’t know what to think of me, they looked a little confused but I was wearing my coo hat that mam bought me. I thought I could blend in with them and see if they would notice, I love being a stealthy sneaky beef.

After seeing the coos we drove to Stirling to see another castle. When we arrived the castle was shut! Nobody has let me in any of the castles we visited, I thought they must be hiding something good from me in there! Maybe some tasty treats, some really fun toys or maybe even my favorite Auntie Shauna! I didn’t get to have a good look to find out because Mam suggested going to see some big horses called The Kelpies. The Kelpies were very strange. I think the rest of their bodies were buried underground! I inspected them and didn’t come to conclusions about this but I did pose like one of them for Mam to take photos of me.

The drive back home

We then decided to stop off in Blackpool on the way home so we all got back in the house on wheels. On the way to Blackpool, a car pulled up alongside us on the motorway with a sign that read ‘your aerial has blown off’ I can’t read but I expect it said, “We love you Mr Beefy, handsome boy!” Mam and Dad started to panics and we had to make an abrupt stop to find the aerial. Dad then climbed on top and stuck the aerial back on and we set off again.

After a longs drive, we found a campsite, it was very small and looked like a humans garden as there were only 5 pitches. We all settled down for the night and watched TV.

On our last day, we had a super-duper long drives home. We got stuck in lots of traffic Mam said, but I slept most of the journey so I didn’t notice. When we got home we had to drop the house on wheels back to the van rental humans which made me very sad. I really enjoyed my holidays in the house, it was roomy and had comfies bed. We said goodbye to it and then got into Dad’s van. It was chilly in there and didn’t have beds! I had to sit on the floor in the backs on my own, I was so sads.

We got home and I ran in to greet my sister Minnie the cat! I could tell she missed me loads because she gave me a tap on the head. Mam and dad packed away some of our stuff and my Auntie Shauna came to visit me. She asked me about my holidays and I gave her my best kisses and cuddles.

I really did enjoys my holidays but I think Auntie Shauna should come next time!

I cannot wait for my next holiday!

Have You Been On Holiday to Scotland? 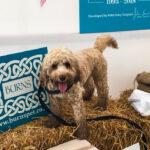 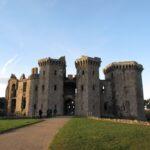