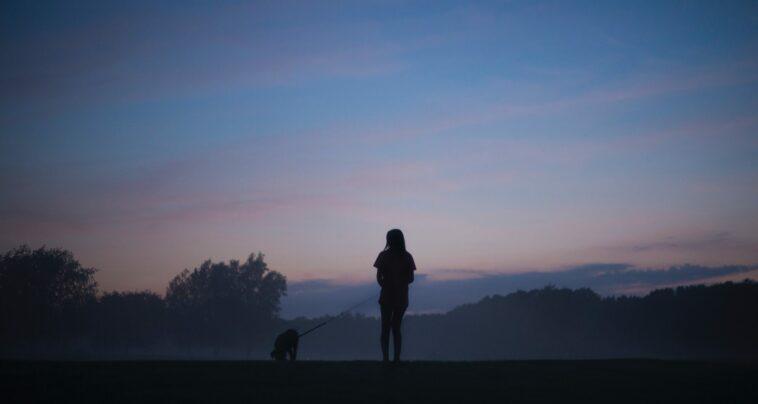 Hello I’m Hugo! I wanted to share with you the challenges involved in planning a dog friendly holiday to France. For some of you this may have been done many times before, for first-timers like us then I hope you find this blog very useful.

Last summer my parwents went on their annual summer holiday without me because I arrived after they had already booked it. Whilst they were abroad they vowed never to leave and go on holiday without me EVER again; which I think is amazing!

We had family who had just moved to France, had already done a lot of camping together and Dad had always fancied a campervan so the seeds of a plan were planted. As we didn’t have a campervan Dad rang around some companies who hired them and found one based in South Wales that allowed dogs.

We looked into what is required to take me abroad and with Brexit (apologies for mentioning the B word) it was evident that it was a little more complicated than expected. However, with a whole year to go to sort out the pet passport and logistics what could possibly go wrong? Then something did go badly wrong, the campervan hire company decided that they were withdrawing their dog van so I would no longer be able to go. That caused a lot of worry as we would need to find another hire company and everyone had set their minds on the adventure, and there was no way I was not going. Disappointed was an understatement, however little did we know that Dad had started researching buying one.

After a couple of months and a number of enquiries the answer was almost on our doorstep. Dad ended up buying a VW Transporter, with low mileage, part conversion and good price. When it arrived on our driveway, to the dismay and shock of mum who knew nothing about this. Dad set about convincing her it was a good idea.  Now, this took a while, months in fact, but she started to come around whilst work was carried out to it. In the following months the van was resprayed, full electrics and leisure battery set up installed, new mirrors, interior accessories, back bumper to name some of the work done. It was not until 5 months later when the van was almost complete. Mum was buying the furnishings for it did she start to like the prospect of owning a campervan.

Luckily in that time, Dad had already set about organising our trip and inspiring us all.

The first item to sort on the agenda was how we would cross. The ferry seemed the cheapest option and we can camp in the Dover area the night before. There are two main options then when staying in France; the first is to pre-book campsites and the second is just turn up to sites or aires. The second seemed a little too risky for our first trip so a lot of planning was required to find a route and our places to visit.

Dad had read some campervan travel blogs regarding travel in France and the temperature can be unbearable for dogs in campervans in the height of summer and many people had recommended staying in air conditioned units in the South. Toulouse in the South was always going to be our mid-way stop to visit family, Dad also wanted to avoid Paris and see more of the rest of France (to avoid the traffic really!!) so a route was beginning to take shape.

To make bookings easier we joined The Camping and Caravan Club. We decided we wanted to visit Normandy so having researched the area booked campsites near Omaha Beach to see the Second World War history and then further along the coast at the beautiful Mont St. Michel. Both sites were booked through the club and for one night each. Then we had to find a destination down the coast of the Bay of Biscay on route to Tolousse. A number of locations were considered from La Rochelle near Bordeaux to the Lacanau and Arachon area where the Dunes du Pilat is located (the highest sand dune in Europe). Based on prices of accommodation and the minimum length of stay being a week in many camping sites in August, our search took us further South to a place called Lit-El-Mixe (not the girl group but a lovely place by the sea an hour north of the Spanish border).

Due to the 7 hour journey down and the summer temperature, we decided to book three nights here in an air-conditioned holiday home on a Eurocamp park. Eurocamp was extremely helpful on the phone and when we explained we would like to visit the French Riviera they suggested another Eurocamp site next to St. Tropez in a place called Port Grimaud (known as the Little Venice of France). We booked that one for two nights with a plan to stay the weekend in between in Toulouse.

Dad had seen Gorges du Verdon recommended by a number of travel blogs and it looks beautiful. But logistically it would cause a problem for the rest of our stops on the way back North. It was time to turn attention back to The Camping and Caravan Club and we booked the beautiful looking Lac de La Leiz near Langres in North-Eastern France. From there we could book the stops before and after so we would have no more journeys of longer than around four hours. We then booked our last campsite for the night before in Peronne, directly through a French website, because it is no more than 2 hours from Calais.

With two nights left to book for the second week the difficult task of planning our route from Southern France to North Eastern France remained. We turned our attention back to Gorges du Verdon as it simply looks stunning (the Grand Canyon of Europe). Dad found a French campsite in an ideal location on the river but having struggled to book it on the internet, rang them up.

Now, Dad’s French is as good as mine so he was a little bit worried, to say the least. The guy on the other end, however, had better English than Dad so the booking was made. The plan then came together with another site booked near Lyon through Huttopia which are a French based travel company.

With planning complete it was time to get my pet passport. Then disaster struck!! Having struggled to get an appointment with the Vet who deals with Travel abroad, my appointment was a huge setback. Mum took me during the Brexit uncertainty (that word again sorry) only to discover that if we were going to leave the EU in March then I had almost blown the 120 days deadline to organise everything by the date we had booked for the Ferry (2 days too late). Cue absolute panic and disappointment. Dad rang around the companies requesting information on how to change our plans. This would be an absolute mess not to say expensive.

Every cloud has a silver lining however and our government could not get their act together on time and Brexit was delayed until October (we must have been the only ones relieved at the inability of anyone to find any sort of solution to the Brexit mess). A huge sigh of relief to say the least and our trip was back on. This brings me to now. We have just come back from a trial trip and everything went to plan (listings from Abersoch on the website).

Risk It For a Gravy Biscuit

There are still a number of concerns regarding our trip: will I be too hot? How will I stay cool? Will our van make the 2000 mile journey in the middle of summer? Have we been too ambitious with the number of stops planned? Will we forget to pick up my tablet from the French vets on the way home to be allowed back in to the UK? Will we regret not staying for longer in any of the destinations? The list can go on and on. However, all these are risks hopefully worth taking for what could be an amazing adventure.

The cost of this trip for the accommodation and ferry is £600 for mum, dad and I. Diesel and toll roads are estimated to be £500. The cost of the campervan will provide many holidays and adventures for years to come.

I must also add that this trip is my mum and dad’s honeymoon and I am the ring bearer at the wedding. So there is a lot to be excited about and I hope you will follow my adventures.

Until Next time
Hugo!

Have you ever been traveling with the pooch? Perhaps Hugo has inspired you to create a similar trip? Share your comments and stories below. 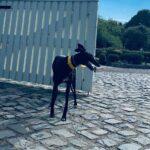 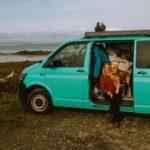