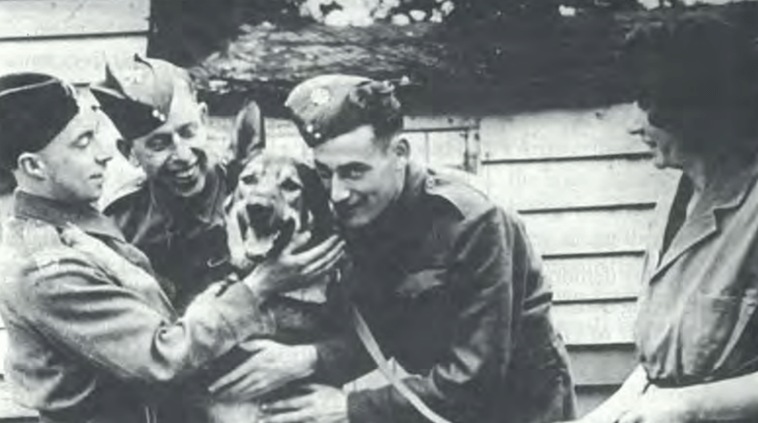 Did you know, that over 18,000 dogs served during the First World War? Breeds of all shapes and sizes served as an army of scouts, messengers each doing a range of different tasks including search and rescue missions for wounded soldiers. Breeds were made up of Border Collies, Lurchers, Retrievers, Terriers and so many more!

Some of these unsung heroes died alongside their handlers in the crossfire or bombardments. Others were killed by landmines while racing across no man’s land to deliver orders to the troops which were pinned to their collars.

While many dogs were victims of the war, many of them also survived. In fact, many soldiers grew very attached to their companions during the war, and couldn’t bear to leave them behind when returning home.

Fortunately, the Blue Cross came in to support their doting handlers, by providing medical care, vaccinations and quarantine to dogs before reuniting them with the people they served with on the battlefields.

To mark remembrance day, we’re sharing some heartfelt messages and letters from those soldiers who were reunited with their loyal companions thanks to the Blue Cross.

Who Is The Blue Cross?

Blue Cross is a national charity who has been helping sick, injured, abandoned and homeless pets for over 120 years.

After the war, they set up a number of veterinary hospitals in France and Italy to help the dogs (and other animals) used in the war. They paid to vaccinate and transport hundreds of dogs back to their quarantine kennels before living a life of retirement with the veterans they so loyally served with. When Neville Chamberlain’s declaration sounded over the wireless in September 1939 to declare WWII, the Blue Cross knew that their services would be in great need at a time of war once again.

At that time, the charity was called Our Dumb Friends League (ODFL), but in honour of the animals of war they changed their name to The Blue Cross in the 1950s.

A series of letter has been revealed by the Blue Cross from WWI, which illustrates the unbreakable bond these servicemen formed with their tail-wagging allies. Here’s a selection of those messages to make your heart weep, or sing with joy for the life they lived thereafter.

“I was waiting for her at the station, and as soon as I could, I opened the box to have a look at her, thinking she would be stiff and cramped after coming so far in the box. “But as soon as the box opened, she sprang out, and when she smelt me… well, I thought she would have gone mad. “She could not seem to believe it was true and kept smelling and kissing us all over. I can assure you, ours was a happy house last night.”

“I approached the hamper containing Basil without speaking, and in a few seconds he had scented me. He barked and howled, and made such a noise that soon a little crowd gathered. “I just managed to open one corner and Basil scrambled out and jumped on to my shoulder, barking and licking my hands and face. It was a revelation to me, and I shall never forget Basil’s greeting. “Old times, places and adventures came flooding back to me as I watched Basil, and my heart is full of gratitude to you, and the Blue Cross Fund, for all the kindness shown to me and Basil.”

“Just a line to let you know that Rags arrived safely by the train yesterday. “My friends have been telling me that she would not remember me after all these months but when she heard my voice on the platform she went almost frantic to get out of the box.”

“Blunt arrived here safely tonight. We went down to the station to meet him. “Took him out of his box and put his lead on and brought him home. “Poor dog, he was just beside himself with excitement and is still. He knew his master at once and they’ve had a great old time together.”

What Is The Purple Poppy?

The purple poppy is worn to remember all of the animals who were victims of war. Not just our canine companions. More than 16 million animals served during WWI, including horses, cats and even canaries (used to detect poisonous gas). The poppy represents their service as equal to that of human service. It’s organised by War Horse Memorial and donations to the Purple Poppy Appeal goes to Blue Cross and the World Horse Welfare. Click here to order your purple poppy pin.

To read more letters, or to discover more about how the Blue Cross helped animals during the WWII you can download the The Blue Cross at War book for FREE here.

Do you have any touching tributes or thoughts to share about our serving humans and those brave companions? Perhaps you’ve purchased a Purple Poppy to show your support? Let us know in the comments below.

Looking for more canine heroes? Click here to see the dogs serving in the Police Force and how they currently need help!

A HUGE woof and waggy tail to you all. Welcome to our tail-wagging community where we share a woof load of dog friendly places, travel guides, tips, and houndy advice for your canine companion.

This platform is created by dog owners for dog owners, and boy do we have a lot of fun creating it together! There's nothing we love more than seeing dog's thrive and seeing dog owners create cherished memories with the pooch that last a life-time.

Have fun, let your fur down and we'll catch you on the flip-side where you can plan and organise your dog friendly adventures. 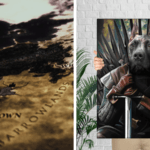 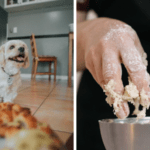