Some say you can’t teach an old dog new tricks, but that doesn’t mean they can win prizes. That’s why this week a dog called Mr Happy Face won a prize as the Worlds Ugliest Dog.

What would be the ideal name for somewhere to award prizes for pets, Pet-aluma California of course! On Friday 24th of June 2022, a dog called Mr Happy Face won the award as the World’s Ugliest Dog. As his name implies, he was very happy about it! His owner Janeda Banelly describes him as “the happiest creature she has ever met”. Unsurprisingly, he was very happy when she adopted him, as he had previously been neglected and abused.

Janeda adopted Mr Happy Face because he was old and had health issues. This is because she wanted to give an old dog a second chance to be loved when she visited an animal shelter in Arizona in August 2021. She was warned by her vet that Mr Happy Face may only live a month due to his tumours and other health conditions. Thankfully due to the care and love from Janeda, Mr Happy Face has lived beyond expectations. When speaking to Today Magazine, she said that “old dogs need love and a family too”.

Check out some of the previous ‘Ugly Dog’ winners below. We think they’re all pretty perfect.

Scamp overcame the odds, after four years of competing.

Honestly, Zsa Zsa is just living her best life and looks adorable, despite her title!

The Neapolitan Mastiff Martha, has been described as gentle and “gassy”. She apparently won over the judges by flopping on the stage.

Could Your Dog Win The Worlds Ugliest Dog Competition?

Let us know in the comments below! Some of the breeds in this list are some of the rarest breeds in the world. Click here to discover 5 other rare dog breeds, you’ve probably never heard of. 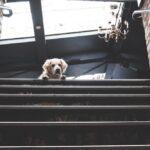 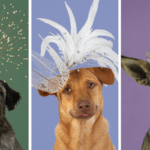