Personalities come in all shapes and sizes. Extroverted, introverted, organised, agreeable, neurotic, the list goes on. Well research has recently shown that whatever personality type you have, your beloved canine probably has the same.

The Kennel Club recently released research ranking over 1,500 past and present dog owners of 16 different breeds. They discovered that quite frequently people are most likely to pick a dog with matching personality traits.

They categorised the 16 different breeds into five main personality types, and came to the following conclusions:

Some of the participants surveyed researched compatibility before choosing their pooch. 88% said the research paid off and felt that their dog was a perfect match.

However, while owners choose breeds with similar traits to their personality, it’s unlikely that they are picking the right dog to match their lifestyle. For example, 63% reported picking based on looks or “following their heart”.

Bill Lambert, a spokesperson for the Kennel Club said, “it appears that we can often tell a lot about a person from the type of dog that they own, with the dominant personality traits of Jack Russell owners – owned by the likes of King Charles – being their loyalty, generous spirit for helping others, and their trustworthiness,”

“Each breed has distinct characteristics, traits and care needs, which helps would-be owners understand more about whether they might be a good fit for them. It is quite striking to see how many people unconsciously select dog breeds with personalities that match their own character, showing that birds of a feather really do flock together.” 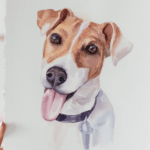 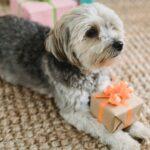