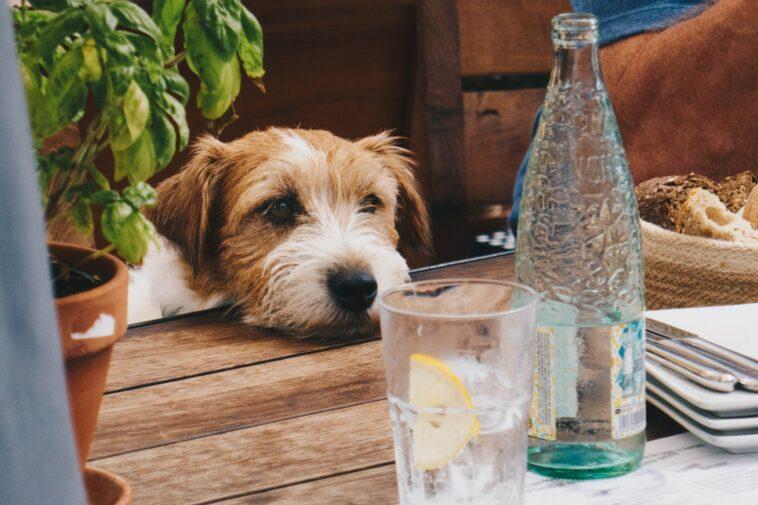 Despite the UK’s unpredictable weather, we are a nation of BBQ lovers, with Brits enjoying over 100 million BBQ occasions between April and August in 2020.

While BBQs are a firm summer pastime for many, they can in fact be extremely hazardous for our beloved pets, from choking hazards to upset stomachs.

So if you are planning a BBQ this summer, pet health experts, Bob Martin, have put together a roundup of 5 BBQ foods to avoid sharing with your dog.

Summer has finally arrived, and we aren’t the only ones who have been looking forward to it! This season is one of the most fun for our furry friends. Longer days mean longer walks and hot weather usually leads to some quality beach time. But the highlight of the summer for any dog is easily the tasty barbecues.

The bad news is that you may have to stop them from devouring the leftovers, as some barbecue staples are potentially harmful for dogs. So if you’re looking to celebrate national BBQ week, which starts on the 2nd July, you’ll need to know which foods are a no-go for your canine companion. To help us sort the tasty from the toxic, the pet experts at Bob Martin are here to tell us which five barbecue foods we shouldn’t feed our furry friends this summer.

This may surprise you, as there’s nothing a dog loves more than gnawing on a meaty bone. But in reality, bones can actually be far more dangerous for dogs than you may think. Bones made specifically for dogs are fine, but you should avoid giving them the discarded ones from BBQ meat.

This is because bones can splinter into small fragments, especially when cooked. They can therefore become a choking hazard, pierce your pets gums, and can even cause internal damage if swallowed. Make sure to dispose of any bones as soon as you’re finished. This way, your dog isn’t tempted to start gnawing on them.

Corn on the cob

Corn on the cob is one of the most popular veggies to put on the BBQ. However, it should be saved for your human guests. It is dangerous for our dogs. Gnawing on it may lead them to ingest a large chunk of cob. This can cause both choking and intestinal blockages. Cobs are bad for all dogs, but especially small to medium sized breeds, who have smaller throats and stomachs.

The good news is that the sweetcorn itself is actually good for dogs. The kernels are full of protein and fatty acids that provide them with energy. To let your pet join in on the barbecue fun, remove the corn from the cob. Dispose of the cob before your dog sees it as a new chew toy.

It may be the perfect nacho dip for us, but guacamole can be poisonous for dogs. Avocados contain a toxin called persin, which can be lethal for some animals. Although dogs are more resistant to it, the toxin can still cause some damage to their stomachs. The majority of the persin is found in the leaves and skin of the plant, but there’s also some found in avocado flesh, so it’s best to stay cautious.

Guacamole can be even more harmful to dogs if you add some spice. Dogs have sensitive stomachs, and they can’t handle spicy food the same way that most humans can. If they eat it, they’re likely to suffer from vomiting, diarrhoea, and dehydration. Fortunately, dogs aren’t usually fans of spicy food anyway, as they have far fewer taste buds than humans and are therefore more sensitive to the spice.

Onions are very toxic for dogs, and can cause serious complications. This is because they contain a toxic ingredient called n-propyl disulfide, which can impact red blood cells. It causes the cells to breakdown, which can lead a dog to suffer from anaemia. N-propyl disulfide is found in every part of the onion, and does not break down when the vegetable so cooked, so it should be completely avoided.

As well as not feeding your dog the vegetable itself, you should make sure to keep an eye out for onion in ingredients lists. Some fresh burgers and sausage from the butchers contain onions, as well as pasta sauces, pizzas, and salads, which can contain spring onion.

Make sure to keep your furry friend away from the fruit salad, as these are actually some of the worst foods that your dog can consume. Grapes and raisins are highly toxic for dogs —even the smallest amount causes serious damage, and can potentially be fatal. Although it is clear that these fruits are dangerous for dogs, it’s not clear as to why. It could be caused by salicylate, which may decrease blood flow to the kidneys, but this cannot be confirmed without further research.

However, dogs don’t have to avoid fruit all together. Many fruits are safe for your dog to eat as a treat, and some even have great health benefits. For example, both watermelon flesh and blueberries are low calorie, and full of antioxidants that support your pet’s immune system.

“Our canine companions love a barbecue just as much as we do! But we have to be very careful with what we feed them, as some BBQ staples can be surprisingly dangerous for dogs. Be aware of foods with harmful toxins in, think grapes, onions, and avocados. Also make sure to steer them clear of potential choking hazards, like corn on the cob and cooked bones.

“When having a BBQ, try not to give into those puppy dog eyes and end up overfeeding them. Most barbecue food is very salty and can make dogs dehydrate, especially on hot days. Stick to small portions, and keep their water bowl full throughout the day. You should also make sure to keep your furry friends in top health throughout the summer, by regularly giving them wormer tablets and health supplements.”

A HUGE woof and waggy tail to you all. Welcome to our tail-wagging community where we share a woof load of dog friendly places, travel guides, tips, and houndy advice for your canine companion.

This platform is created by dog owners for dog owners, and boy do we have a lot of fun creating it together! There's nothing we love more than seeing dog's thrive and seeing dog owners create cherished memories with the pooch that last a life-time.

Have fun, let your fur down and we'll catch you on the flip-side where you can plan and organise your dog friendly adventures. 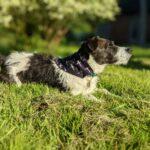 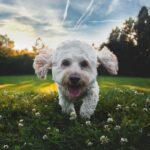