As the royal with the longest reign, the Queen has been on the throne for 70 years. In Corgis years this means the Queen has been monarch for 13 to 14 years. To commemorate the Jubilee we’re exploring Queen Elizabeths long and storied relationship with Corgis.

Queen Elizabeth and her Corgis

Owning at least 1 Corgis at any one time between 1933 and 2018, the Queen has owned more than 30 Corgis. This is a testament to her dog devotion to her premium pups. The first time a photograph was taken of a Corgis with the Queen was at Balmoral Castle in 1933 . This was with a dog called Dookie who was brought home by George the VI.

Although you can’t visit Balmoral Castle, you can visit Braemar Castle nearby, a great place for a doggy day out!

The Queen’s dogs live a life of luxury, even having their own room in Buckingham Palace called the Corgi Room! This room is designed to cater to the dogs’ every need. A famous feature of this special place for the Corgis, is the array of elevated wicker baskets. What demonstrates the Queen’s devotion to her canine companions, is her willingness to tend to the Corgis herself in the royal dog kennel.

The Queen became an owner of her first dog in 1944. This is when she received her first Corgis Susan on her 18th birthday. So attached was the Queen to her new furry friend, she took the new dog on her honeymoon in 1947 along with Prince Philip. This particular pooch has a very special place in the history of royal dogs.

The last Corgi that Queen Elizabeth fully bred herself died in 2018 and was called Willow. She didn’t want anymore because she “didn’t want to leave any young dog behind”. This shows once again the Queen’s dedication to her dogs.

Queen Elizabeths dogs have been buried in Sandringham estate as tradition dictates. This burial site was first used by Queen Victoria’s Collie Nobel back in 1887. If your paw pal would like to visit the Sandringham Estate area, you should try out the Travelodge in Kings Lynn!

The Royal Rumble after a Footman Fooled her Furry Friends

The Queen is generally known for her pleasant and upbeat attitude. She was anything of the sort during an incident back in 1999. In this unwanted escapade, one of the royals footmen decided to play a crafty prank on her beloved Corgis. He decided to pour alcohol in the food of the Corgis and enjoyed watching the poor pups stagger about! In the end though it was the Corgis who got the last laugh, as he was demoted from working at Buckingham Palace for his antics.

Right now the Queen doesn’t have any dogs she has bred herself, but this doesn’t mean she has none at all. Currently she has a Corgis called Muick which she adopted in 2021 as well as another Corgi she received as a present from her two granddaughters Eugenie and Beatrice.

The Queen also has other dogs in the form of dedicated pieces of artwork depicting the pups. One example of this is a statue of a Corgi given to the Queen when she visited the Cayman Islands. It was made of Black coral and had been crafted by Bernard Passman.

Another instance is where a copper Nickel was issued during her Golden Jubilee, which shows the monarch with her favourite breed of Canine companion.

Do you know something about the Queen and her Corgis that we’ve left out? Let us know in the comments!

For more fun articles click here or search for royal locations to take your pooch here. 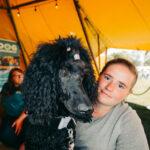 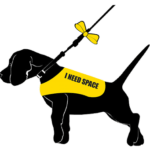