French Bulldogs are one of the most universally popular breeds of dog, especially among celebrities. Here are some celebs you may not have known have a Frenchie as a furry best friend.

Reese Witherspoon has a blue Frenchie called Pepper who she regularly posts on her Instagram.

When Dali joined our family, we had a trainer come to the apartment. He walked in and said “Oh a Frenchie. I’m not going to waste my time or your money.” We love Dali. Trained or not! pic.twitter.com/Xn9VleV5Xy

Even superheroes can’t resist French Bulldogs! Pictured is Hugh Jackman with his Frenchie Dali and his poodle mix Allegra.

Leonardo is probably one of the most famous celebrities with a pet French bulldog. His dog is called Django, named after a Tarantino film he starred in, Django Unchained.

The Rock has a Frenchie called Hobbs who starred alongside him in his recent film Hobbs & Shaw.

The desperate housewives star has a Frenchie called Popeye.

David and Victoria Beckham have a Frenchie named Scarlet.

Did We Miss Any Celeb Frenchie Lovers?

Are there any big celebrities with French Bulldogs we missed out of this list? Let us know in the comments!

Click here to find out more about the Frenchie, or head over this way to sniff out some gorgeous Frenchie gifts. 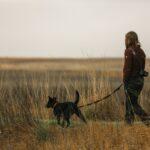